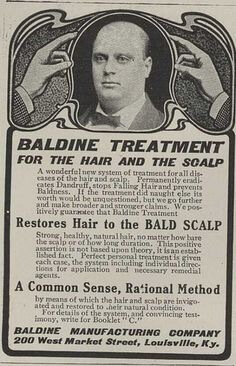 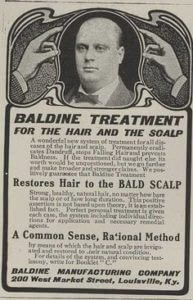 Hair Loss Remedies Through The Ages

If you’d be willing to try just about anything to keep from going bald, you’re not alone: men (and women) have been searching for the latest, greatest hair loss remedies since the beginnings of civilization. Here are just a few amusing examples, courtesy of The History Channel (*) and “Encyclopedia of Hair: A Cultural History”, By Victoria Sherrow (**):

*In ancient Egypt, it was recommended to use a mixture of fats from a hippopotamus, crocodile, tomcat, snake and ibex; porcupine hair boiled in water and applied to the scalp for four days; and the leg of a female greyhound sautéed in oil with the hoof of a donkey

*The ancient Greek physician Hippocrates, the father of Western medicine, was himself bald—and apparently not happy about it. He tried using a topical concoction of opium, horseradish, pigeon droppings, beetroot and spices. His countryman, Aristotle, reportedly favored rubbing goat urine on his head.

*In the 19th century United States, “snake oil salesmen” peddled—you guessed it—snake oil to be rubbed on the scalp, while our counterparts in England were rubbing their scalps with “cold India tea” and hunks of lemon.

*The “Thermocap” became popular in the 1920’s. Men and women would spend 15 minutes a day under a bonnet that produced heat and blue light, which supposedly stimulated dormant hair bulbs. Not so much.

*Crosley, the 1930’s-1940’s automobile manufacturer, once made the Xervac, a device that incorporated a vacuum pump inside a helmet. The Xervac was used both in barbershops and in the home to apply suction to the scalp in an effort to coax hairs out from their follicles.

We in the 21st century are fortunate to have so many better (and more effective!) options!